Sarlat’s origins date back to the 9th century with the implantation in 886 of a Carolingian abbey under the protection of the emperor Charles le Gros.

The abbey was rebuilt as from 1125 and then placed under the protection of the Holy See in 1153.

Sarlat went through a major change in 1318 when it became an Episcopal seat under the influence of Pope John XXII. Some years later however it became English due to the Treaty of Brétigny in 1360. Ten years later it supported the king of France when Du Guesclin, the supreme commander of the French armies, pushed the English back.

The abbey church became a cathedral and the abbots were succeeded by bishops who brought prestige and major architectural developments to the town. The town continued to prosper until the 17th century. The outstanding architectural quality of a large number of its buildings and monuments bears witness to the town’s dynamism and adaptability in the face of the numerous changes of the era. With the French Revolution Sarlat lost its episcopal status and became a sleepy town. Sarlat became dynamic again thanks to André Malraux and his law of 4 August 1962 which encouraged property investment through fiscal advantages and laid down strict criteria concerning the renovation of house facades.

Today Sarlat boasts a rich and important cultural heritage of a density unequalled in France, with sixty five buildings in the town listed as historical monuments.

The town offers an unforgettable experience with its panoramic viewpoint perched on top of the Sainte Marie church reached by a panoramic lift unique in Europe.

Sarlat is also the backdrop to the traditional markets held on Wednesday and Saturday each week as well as many other colourful events held throughout the year.

Sarlat, the capital of Périgord, is an ideal base from which to discover countless tourist attractions. In the Dordogne valley, famous for its castles, you will be charmed by ten of the most beautiful villages in France with their narrow lanes perched above the Dordogne valley and their picturesque viewpoints. The fortified towns and cloisters will take you back to the lively and turbulent times before the Hundred Years war.

Today the town of Sarlat is part of a community formed with sixteen other towns and with 20 000 inhabitants, constitutes the third metropolitan area in the Dordogne after Périgueux and Bergerac. 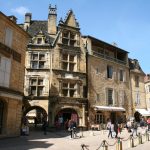 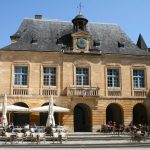 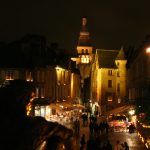 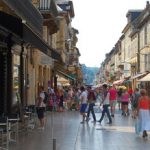 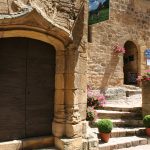 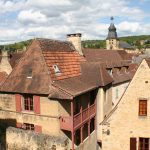 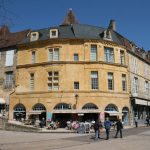 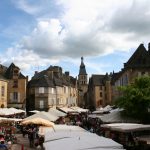 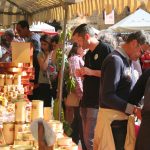 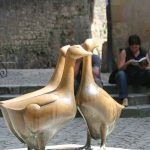 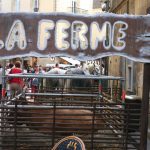 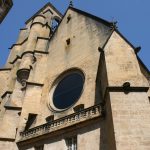